Which way is the right way?.

When you decide upon doing something just know there were a thousand other better decisions you could have made , you just don’t know them until you work on the first decision. You only find out later after the deed has been done that there were better alternative ways to doing the same thing , you just didn’t know.

I want you to know this by heart that when you are doing something there are better ways to doing the same thing and if you know this by heart , you’ll spend less time thinking about past failed events because from the moment you began your task , you know that there could be better ways to doing this task and sometimes by knowing this simple fact , you keep your mind open to better ideas to tackle the same task , you have been tackling with the first decision.

Every decision has something to teach you , it all depends on whether you are able to see the lesson being showcased to you or the problem being shown to you. A single decision can lead you straight to hell then to heaven. You just have to be prepared for the lessons coming because of your decision.

Be prepared for the worst and be surprised when something good comes out Instead.

I tell you everything and anything about the future, I'm all things futuristic and you could be too. View all posts by Future

2 thoughts on “Every decision you make does not guarantee a great future.”

This site uses Akismet to reduce spam. Learn how your comment data is processed. 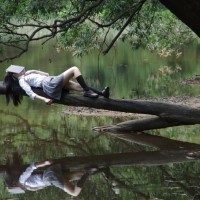 My Blog with Humor
The Annekenstein Monster

Humans make the monsters, not the other way around

A Writer of Imaginative Fiction Who Travels Alongside a Wooly Monster

Mama of a Sweet Little Monster

Book reviews for the thirsty

Life of a West Coast Mom

Just a mom and her 3 monster’s

a blog for all things bookish

The Monster And Me

The Tale of Us Against the Monster

Living and Loving with Cancer